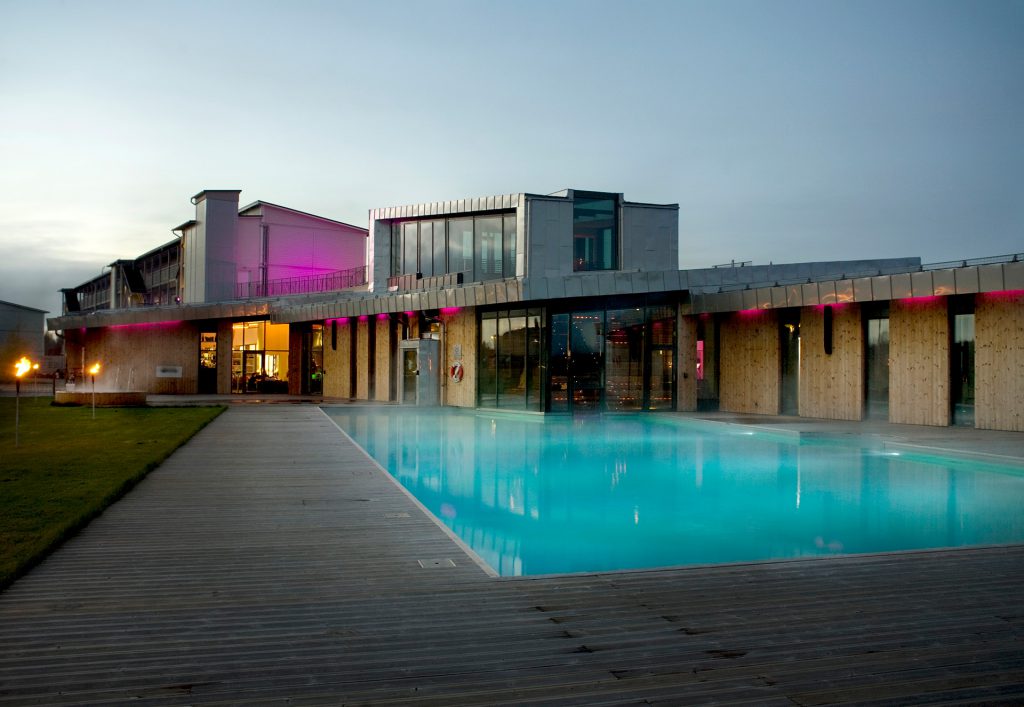 It was during a board meeting for Swedish Spa Hotel in January that the decision was made; Cape East meets all criteria and is ranked as one of Sweden’s best spa hotels. The hotel is nicely joined by the exclusive association, including Yasuragi and Loka Brunn.

– It is gratifying that we are the first spa hotel north of Östersund to qualify to be part of Swedish Spa Hotel, where only spa hotels with a high-class range are selected. With this, we finally put northern Sweden on the spa map, says Johanna Salmi, Hotel Manager.

“Swedish Spa Hotel is an association for Swedish high-quality facilities with spa operations. For membership in the association, it is required that you meet all the set criteria within the four cornerstones. For you as a guest, a facility’s membership is thus a guarantee that there is a high-class range of treatments and activities and that these are performed by well-trained staff. The association also wants to work for a sustainability perspective in the spa industry. ” – Swedish Spa Hotels

– What is unique is the design of the facility; the combination with the place as Sweden’s easternmost cape, right next to the Torne River, with the sea and nature as neighbors. The Northern Lights can be seen dancing in the winter from the rooftop spa bath or from the sauna, and the midnight sun shines in the summer. Always with a fantastic view of the Torne River, says Tobias Lindfors, chairman and owner of Cape East and Pite Havsbad Group.

In addition to yoga, the hotel works to develop the spa and the overall experience around it. In collaboration with the SF clinic, the hotel offers spa treatments, with massages and other luxurious body treatments. In addition, lights, sound and food are reviewed to give guests the best possible experience. The hotel has renovated all hotel rooms. For those who want to indulge in that little extra, there is the Mansion Suite, located in a mansion next to the hotel, overlooking the Torne River. There is also room for 150 conference guests, and the newly built restaurant will accommodate 200 guests.

– We constantly strive to develop the hotel, and take in all the ideas and development measures we receive from our guests. Offering yoga is one such example, which has gone from a proposal to reality. Since the 7th of February, we have been doing yoga at the hotel, and between the 4-5th of April, the hotel is transformed into a yoga retreat, says Johanna Salmi, Hotel Manager.

Thanks for an incredible teamwork!

It warms my heart and it is an incredible pride to receive reviews as “delivers in world-class” from site manager Joa Larback for Mastiff, which